Glasses and Venice – The unknown inventor

A pair of glasses consists of two lenses held together by a frame that connects them. A bridge on the nose secures them to the ears with arms. Given the components, it seems the most natural shape, yet it took more than 400 years to assemble it. Glasses and Venice, in fact, have a very ancient bond. They spread thanks to an unknown inventor, belonging to the Dominican confraternity.

The history of spectacles appears to be a series of empirical attempts and experiments with less scientific basis than one would expect. Craftsmen played an important role in their development.

But when does the link between glasses and Venice date back to?

A temporary stay at a monastery in Bologna, put the Dominican friar Giordano da Pisa in contact with some Venetian brothers.

The unknown inventor of the first glasses was among these Venetians, who lived near the Church of San Giacometto in Rialto.

It was Giordano da Pisa, late, who gave the pair he had received to his brother Alessandro Della Spina of the monastery of Santa Caterina in Pisa. Giordano replicated them thanks to his own genius, without knowing anything about the secrets of production. Even today, Pisa is given in many accounts as the place of origin of the glasses.

Why wouldn’t the Republic of Venice have taken the opportunity to boast about the maternity of the invention of spectacles? And why did the inventor remain a complete unknown?

It is said that Father Giordano da Pisa did not mention the name of the Venetian inventor for diplomatic reasons, since at the time Pisa and Venice were rival cities. A second reason is that the inventor himself preferred anonymity because silence about construction techniques was imposed on him.

In the Serenissima during the Middle Ages the glass production, as well as other handicrafts, had its own statute: a series of rules regarding the object and method of production with a recommendation to keep it a secret (and yes, under penalty of death). There is no irrefutable proof that glasses were invented in Venice, but it seems likely. In the Middle Ages the city was the flagship of glass production in the West.

How were the first glasses?

The first illustration of a pair of spectacles is in a 1352 fresco. The work, executed by Tommaso da Modena in Treviso, depicts a cardinal reading while wearing glasses.

“It was a forked pin, so constructed that it could stay on a man’s nose (…) as a rider remains astride his horse or as a bird clings to its perch. And, one on either side of the fork, before the eyes, there were two ovals of metal, which held two almonds of glass, thick as the bottom of a tumbler. (…) So the Lord was to be praised since someone had devised and constructed this instrument.“

They looked like two magnifying lenses riveted together by the handles to be held in front of the eyes with one’s hand. Frames were in metal or wood or even leather, making the item lighter. Lenses were made of rock crystal or glass, the latter being easier to work and cheaper.

You might already sense that there is room for a fraud here, in the gap between crystal and glass… History does not disappoint us, and by April 1300 measures prohibiting the sale of regular glass pieces in place of crystal lenses were issued. Apparently, it had been going on for 30 years already. This tells us that “Frauds in history” is a story dating back in time, and more importantly that by 1270 Venetians were already producing and selling eyeglasses.

The production of glass lenses, declared as such, was allowed and regulated by 1301. The official statute in 1330 defined eyeglasses: “rodoli de vero per ogli per lezer” meaning round glasses for the eyes for reading. A definition in a nutshell of that was to be the shape, material, and purpose of glasses. In time, improvements to the first design came from contributions of different and various professionals from around the world. These have allowed people to see better and more comfortably by getting temple pieces, custom made lenses, light frames, and even sun glare protection.

This last one happened in Venice, again. In the XVIII century, green lenses to protect from the reflection of sunlight on water were being produced: “occhiali da gondola” or, as collectors call them, “occhiali alla Goldoni“, tribute to the Venetian playwright.

Until 1870 UV rays were not even known to exist. Amazingly, some spectrophotometer analysis showed how effective green lenses were for this.

How? It seems because of the presence of iron. Obviously there’s more to it but it’s secret, or hasn’t been discovered yet. With scientific and design developments, glasses are now a “medical device”, but also a stylish and distinctive accessory. Peggy Guggenheim docet.

The name of the rose, by Jean-Jacques Annaud (1986) BBC’s Qi Elves’ favourite facts about glasses PART ONE PART TWO

well, start by our craftsmen 🙂

The Zonta handcrafted sunglasses, from the Venetian brand Lagooneyes, is made of cellulose acetate. 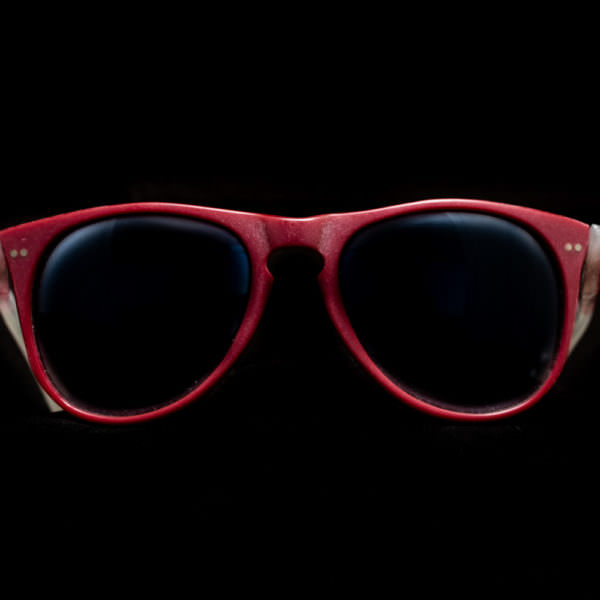 Forcola glasses, from the Venetian brand Lagooneyes, made of cellulose acetate. 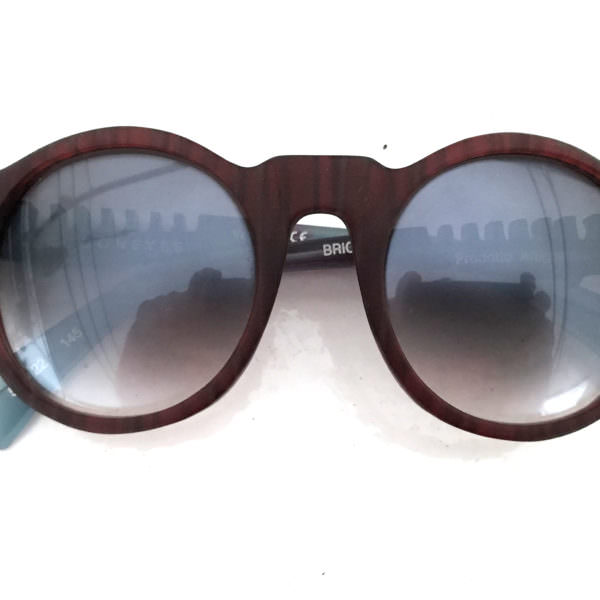 We use cookies on our website to give you the most relevant experience by remembering your preferences and repeat visits. By clicking “Accept All”, you consent to the use of ALL the cookies. However, you may visit "Cookie Settings" to provide a controlled consent.
Cookie Settings Accept All
Manage consent

This website uses cookies to improve your experience while you navigate through the website. Out of these, the cookies that are categorized as necessary are stored on your browser as they are essential for the working of basic functionalities of the website. We also use third-party cookies that help us analyze and understand how you use this website. These cookies will be stored in your browser only with your consent. You also have the option to opt-out of these cookies. But opting out of some of these cookies may affect your browsing experience.
Necessary Sempre abilitato
Necessary cookies are absolutely essential for the website to function properly. These cookies ensure basic functionalities and security features of the website, anonymously.
Functional
Functional cookies help to perform certain functionalities like sharing the content of the website on social media platforms, collect feedbacks, and other third-party features.
Performance
Performance cookies are used to understand and analyze the key performance indexes of the website which helps in delivering a better user experience for the visitors.
Analytics
Analytical cookies are used to understand how visitors interact with the website. These cookies help provide information on metrics the number of visitors, bounce rate, traffic source, etc.
Advertisement
Advertisement cookies are used to provide visitors with relevant ads and marketing campaigns. These cookies track visitors across websites and collect information to provide customized ads.
Others
Other uncategorized cookies are those that are being analyzed and have not been classified into a category as yet.
ACCETTA E SALVA